Understanding French on both sides of the pond 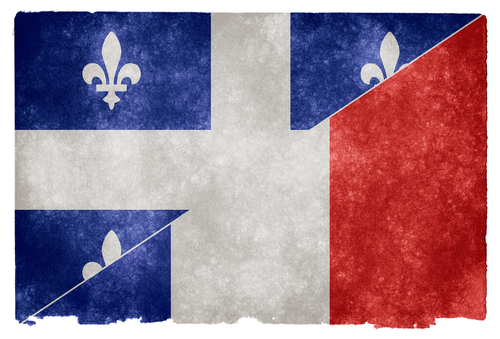 If you’re not fluent in the language, all French may sound alike, but there are some subtle (and not‑so‑subtle) differences between what you might hear in France versus in Canada. Even if you leave slang out of the equation, the French use some very particular expressions and structures that really stand out when they show up in writing. One such example would be the omnipresent du coup (which essentially means and so), a phrase that is applied especially liberally in the spoken language. Or (yet), a favourite way for European French speakers to start a sentence, is another dead giveaway.

When a Canadian visits Montréal, they arrive à (at) the city, not sur (on) the city, as a Frenchman might say: three little letters that nevertheless speak volumes.

One other telltale sign that a writer may be from across the pond is the heavy use of loanwords from English, something Canada’s French translators are taught to avoid from the time they start their training. After all, French-Canadians are a minority in a predominantly English‑speaking continent—a far cry from the situation in France—which explains why translators here are so meticulous about rooting out Anglicisms.

Just for the fun of it, let’s look at a few more examples.

We could even go on ad nauseam about the countless regional variations in the way words are spelled, but our goal isn’t to bore you to death. The point we’re trying to make here is that there are a multitude of linguistic details that affect how an original or translated French text is received.

That is precisely why it is so important to go with a local translation services provider, one that will be able to tailor your message perfectly to your target audience.

Doing business with a Canadian agency is worth it! Professional translators in Canada have degrees in their field. In school, they learn to skillfully work around the traps associated with the linguistic interference typical to places like Quebec. A French translation from La Belle Province will always read better to a French-Canadian than one concocted on the other side of the Atlantic.

The same goes for English and Spanish. Any company hoping to break onto the North American market would be wise to opt for a Canadian company over a European one. Canadian, US and British English are not the same, nor are Latin American and European Spanish. A Canadian company will be well aware of those regional differences.

Choosing a Quebec-based translation firm such as Idem means:

All of the French examples may be eloquent, but they may not all be right for your audience. How about these two? Which would speak to you?

My bonnet’s on fire!

The hood of my car’s on fire!