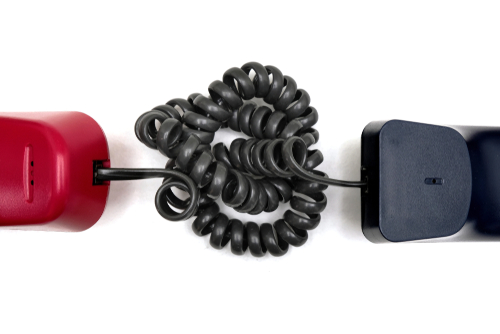 We’ve all gotten a good chuckle out of badly translated restaurant menus. “Choice of flat” for plat au choix, “expensive customers” for chers clients… Sadly, bungled translations are commonplace. Whether they’re the unfortunate result of first-generation machine translations or the work of people unfamiliar with the dictionary, these kinds of mistakes happen when context is not taken into account. If you’re in England looking for a flat (British for “apartment”), you certainly won’t find it in a restaurant!

Anyone can make a mistake, but not everyone can translate. A dictionary and translation software are useful—essential even. However, to translate effectively using these tools, you must already be proficient in the language and understand that meaning is dictated by a variety of linguistic, geographic and cultural factors.

From a linguistic point of view, when explorer Jacques Cartier came upon the cape on the Gaspé Peninsula between Percé and Grande-Rivière and called it Cap‑d’Espoir (“Cape of Hope”), little did he know that the cape’s name would later take on the opposite meaning, Cap-Désespoir, as the English referred to it as “Cape Despair.”[1] Some knowledge of geography and botany can also be useful in translation. For example, while there were no apple trees in biblical lands, the Bible refers to the forbidden fruit as an apple! This results from an incorrect translation of the Latin word pomum, which means any fruit, not specifically the fruit of an apple tree (malum). It’s more likely that the fruit Eve supposedly picked from the tree of knowledge and gave to Adam to eat was a fig.[2]

As amusing as such blunders may be, there have been cases where translation errors have had catastrophic repercussions. According to some sources, the bombing of Hiroshima resulted from such an error. When the Allies called for Japan’s unconditional surrender, journalists wanted to find out how the Japanese authorities would react. Prime Minister Kantaro Suzuki replied that he “was withholding comment for the moment.” He used the word mokusatsu, which has several possible meanings. News agencies and translators took it to mean “to treat with silent contempt” or “not worthy of comment,” and thus erroneously quoted the Prime Minister as saying that he was rejecting the ultimatum.[3] We all know what happened next.

More recently, during the Russo-Georgian War of August 2008, Russia and Georgia were both claiming the separatist regions of Abkhazia and South Ossetia. A ceasefire agreement might have been signed, but the Russians had left tanks in territory considered to belong to Georgia. A subtlety in the Russian translation was supposedly the source of this misunderstanding, which prolonged the war by a month. It seems that only the English document specified that the Russian forces had to withdraw.[4]

The moral of the story: while anyone can make a mistake, the best way to avoid them is to use the services of a professional translation company that relies on trustworthy translators and sound processes.

[1] “Through the Lens of History: Historic, fateful or comical translation errors”